A virtual tour of the captain’s quarter

I had a meeting in town today, and on the way back home I walked through the area known as skipstjórahverfið, or the ‘captain’s quarter’. About a century ago, sea captains made up Reykjavík’s elite – they were the people with influence, and they were the people with money. They built stately homes in the west end of Reykjavík, near the harbour, and those are still some of the most beautiful homes in the city. The streets in the area are all named after the sea – and the sea in Icelandic has lots of different names. This house, for instance, is on Öldugata, which means ‘wave street’. Incidentally, ‘Öldu’ is a conjugation of alda which also happens to be a woman’s name. As we know. 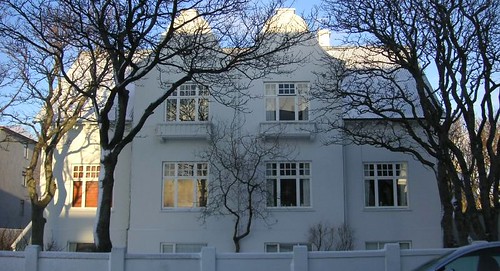 The captains’ homes were some of the first in the city to be made out of concrete, although the timber houses with corrugated iron siding continued to be ubiquitous . Many of those timber houses have been preserved and restored, like this one. It’s on Bárugata, which as it happens also means ‘wave street’ – bára simply being another name for ‘wave’ – as well as being a woman’s name. I used to live on Bárugata, just up the street from here: 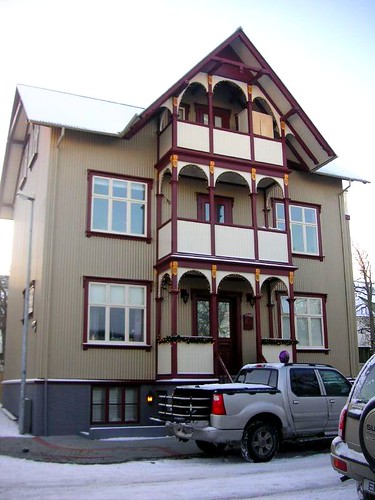 Unsurprisingly, the school for training captains, navigators and other seafaring people – Stýrimannaskólinn – was centrally located in the captain’s quarter. The building is no longer used as that, though – they built a larger school decades ago. Today it’s used for … I don’t know what. Maybe just decoration. It’s located at the top of Ægisgata – ‘Ægir’ being another name for ‘sea’, and also a man’s name. Correction! It’s actually at the top of Stýrimannastígur, meaning ‘navigators’ path’. oops! 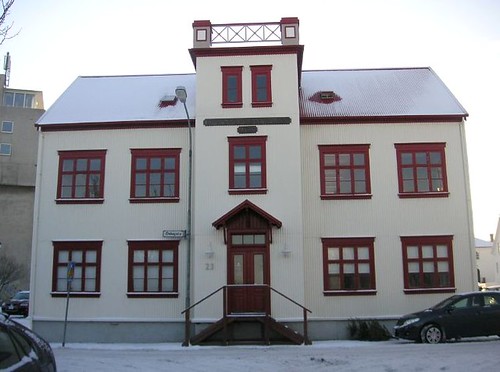 And finally we have this wee box of a house, not much bigger than a doll’s house. Methinks it may be the smallest house in Reykjavík, although this is merely a home-grown theory. At any rate, you can believe that no captains lived there – it’s located on the edge of the captain’s area, you know, where the paupers lived. It’s on Vesturvallagata, which just means ‘western plains street’ and – plainly – has nothing to do with the ocean. 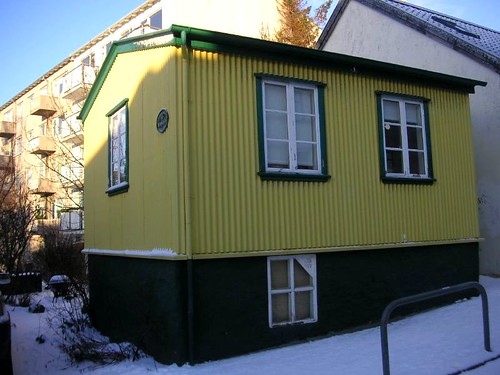 Okay then! That concludes our little tour for today…

AND AS YOU CAN SEE, WINTER IS STILL WITH US
It’s actually really cold at the moment – it was around -5°C when I took those pics [I’m guessing 22F] but it was absolutely calm, so it didn’t really feel that frigid. Later in the afternoon the wind picked up, though, and now with windchill it’s liked a deep freezer out there. According to the weather office we may have record lows in the next couple of days – it’s set to go down to -8°C with considerable wind and that, my friends, translates into what the Nicelanders call kuldaboli – ‘cold bull’ [yeah, don’t ask me why]. Currently -3°C and feels like -11 [27F, feels like 13F]. The sun came up this morning at 10.16 and went down at 5.07 pm.

Next post: A bit of history, a dash of grammar, a pinch of tradition, a swish of serendipity