Well, our New York visit has been going swimmingly, and just this evening EPI was delighted to discover that he has a church named after him here. It’s called the EPIscopal Church of New York. He’s now walking around all important-like in flowing robes and has started growing a beard like all significant deities.

Meanwhile, we’ve pretty much covered all the sights – the only things we have left to see are the Empire State Building and that metal bull thingy down on Wall Street. Whoever said we’d need to make another trip to New York to be able to take in all the sights was plainly wrong and living on another planet entirely.

But lest you think our days are spent rushing around from one tourist attraction to another, here is a picture of some new friends we made today. Just to prove that we are making some time for socializing. 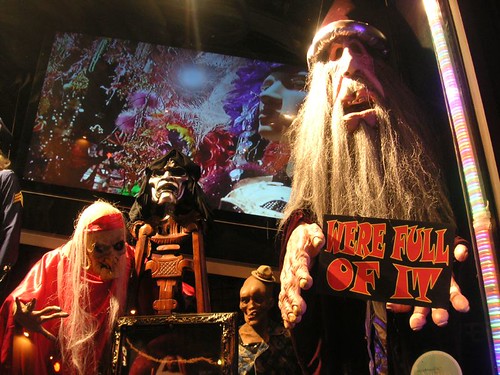 It’s so nice to meet the locals, wouldn’t you agree?

The weather has been kinda cold, but it got a bit warmer today and it’s due to be warmer still tomorrow, up to 26°C. The New Yawkers keep telling us that we couldn’t have asked for better weather, but they don’t know that in Niceland we don’t get no heat and we’re feeling kinda deprived.

Next post: I’m really not shallow, I just prefer the stuff you can take home

Previous post: Two pinnacles in a day of highlights