In which YT gushes about SKUP

The SKUP conference I attended last weekend was just excellent. It was held in the small town of Tønsberg about 100 km south of Oslo and was attended by around 600 journalists and reporters, mostly from Norway but also from abroad. Most people stayed at the hotel where the conference was held and everything about the planning and execution of the event was amazing. Great food [everything on their extensive breakfast buffet was organic, for example], and plenty of it: not only was there a lavish breakfast, lunch and dinner but throughout the day there were snacks in the lobby – fresh fruit, cakes, popcorn [from a machine] and soft ice cream [also from a machine – with toppings] – pretty much anything the heart [or stomach, natch] desired.

But those were merely the trappings – the real substance was in the content. The conference started on Friday at 4 pm and went through until noon on Sunday. During that time there were ongoing seminars, panels and presentations starting at various times – usually several at the same time, which was difficult because they were all so tempting. Not that I personally had many to choose from since most were in Norwegian – I would have liked to have seen a number of the English language ones, but for some reason most of them were at the same time – or just after – my own seminar [which if you’ve just joined us was all about the meltdown of the Icelandic economy – what else!].

On our panel there was, in addition to YT, an Icelandic reporter named Sigurjón M. Egilson, and a Norwegian reporter named Morten Hofstad, who talked about the different stories that were written in the Norwegian media as early as 2005, warning about the collapse of the Icelandic economy. Our seminar was well-attended and my feeling was that we could easily have talked on for another hour [or at least YT could have …] but there was a rather pressing event right after ours that everyone needed to get to, namely: lunch. In any case, I came away feeling like it had gone quite well [and indeed later learned that it had generated a fair bit of buzz] which was very satisfying.

Right after the seminar I was approached by a Norwegian reporter from NRK radio who asked Sigurjón and myself if we would be willing to do an interview; we retired to a conference room to do so and by the time we emerged some of the events I wanted to attend had already started. I did manage to get to one, though – an hour-long live interview with Guardian reporter Nick Davies, which mostly focused on the theories presented in his book Flat Earth News, about “distortion and falsehood in the media”. Thought-provoking stuff and a great interview that kept the focus and the audience’s attention for the full hour.

Nick ended up next to me at the gala dinner that evening – a dinner that included entertainment and also the awarding of prizes and grants for investigative reporting. The tables at the front of the large dining hall were reserved for international guests and, believe me, there was some stimulating conversation over dinner. [More on that later, perhaps.]

Conversation was equally stimulating and delightful the following morning at breakfast, when I wound up at a table with some incredible women – whose seminars I unfortunately missed [for reasons stated above]. There was Lisa, a Canadian-Israeli writer, translator and blogger [sound familiar?], who writes an excellent – critical – blog from Israel. She was on a panel with the award-winning New York Times’ Palestinian correspondent Taghreed El-Khodary, who reports from Gaza. Taghreed was also there at breakfast and I just caught the tail end of her description of how she filed her stories by phone to the NY Times during power outages – which were predictably frequent during the recent war – and how she’d go to the local hospital to charge her laptop, because the hospitals were allocated electricity.

Also at the table was Ayse Onal, a Turkish journalist and author, who recently wrote a book entitled Honour Killing: Stories of Men Who Killed. In the book [which I plan to order as soon as I press ‘publish’] she discusses honour killings and the men who committed them – she actually spent many months interviewing these men in prison, until they trusted her and began to open up about their crimes. Stunning. With her was her daughter Safak Pavey, who works for the United Nations High Commission for Refugees in Switzerland and who had organized some meetings in Norway to coincide with the conference so she could meet up with her mama. While I found all of them amazing, Safak was an absolute revelation. We talked for almost two hours, got in a cab, went to the train station [she and her mother and I] – and only then did I realize that she was missing two limbs – an arm and a leg. In short, I have seldom met such an incredibly positive person with such generosity of spirit – I’m sure I could not adequately do justice to my impressions here, so I’ll let this article do the talking for me.

The three of us wound up taking the train back to Oslo together and just absolutely hit it off. We talked like a house on fire about everything and anything and by the end of that train ride I felt equal parts awe and adoration for the both of them and wanted most of all to take them home with me, but instead made them promise to come visit me in Iceland.

Anyway, here’s a couple of pics: 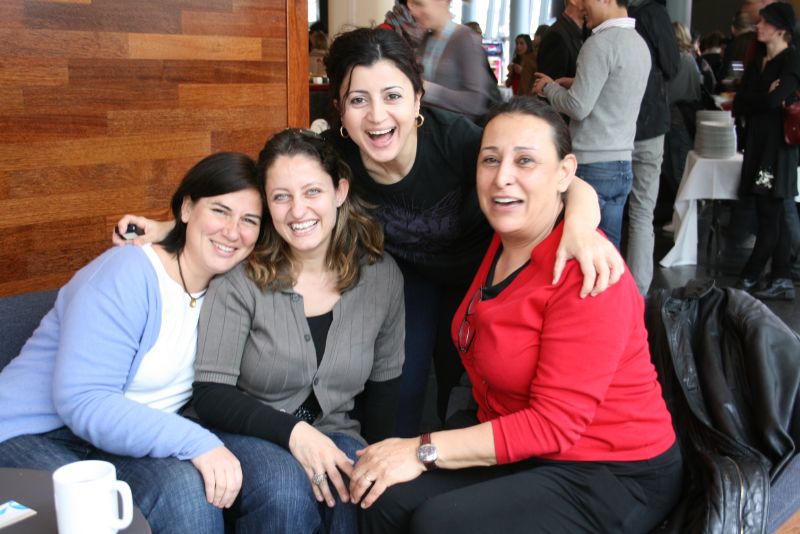 Left to right: Lisa [from Israel], Safak [from Turkey, lives in Switzerland], Taghreed [from Gaza], Ayse [from Turkey] 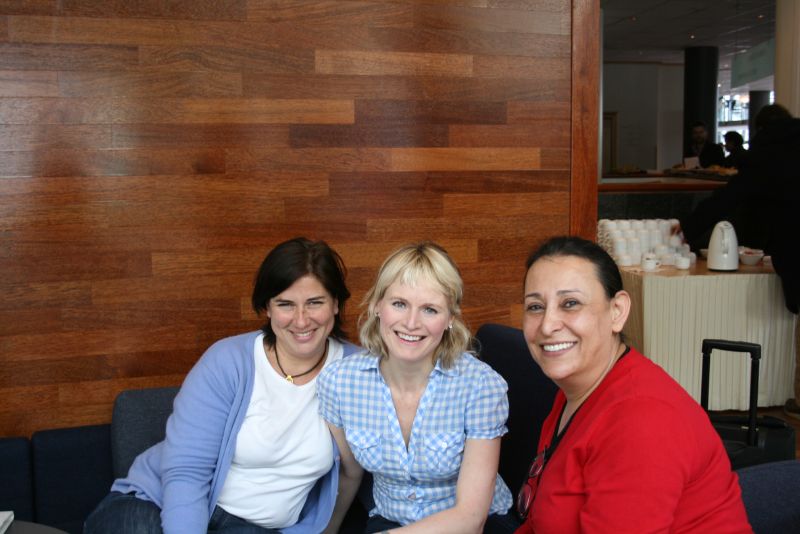 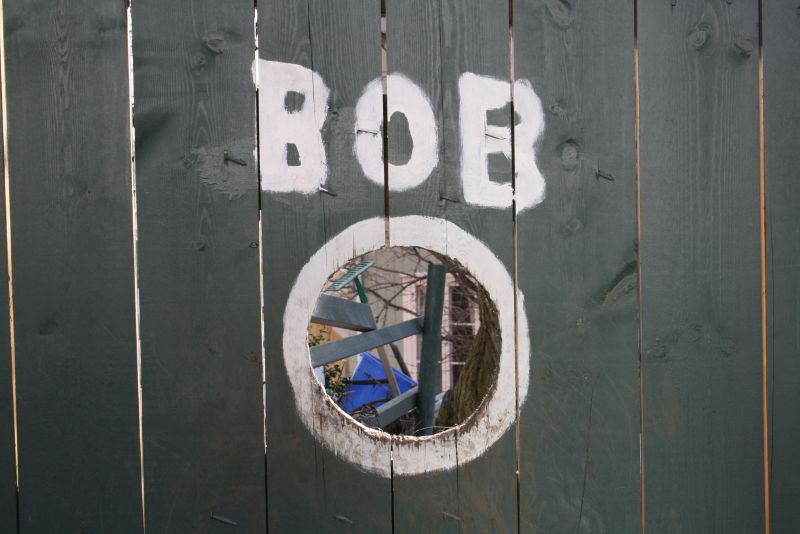 Bob [yeah, I don’t know him either but he lives in Tønsberg]

MEANWHILE, BACK AT THE RANCH …

A sunny but WINDY day in old Reykjavík today, the sort of wind that makes its way in through your clothes and freezes your butt. Currently -2°C [28F] but feels a lot colder I bet. Sunrise at 7.14, sunset due for 7.55.