What the war spared

The first time I went to Berlin was in 1990. It was March, and the infamous Wall had come down the previous November. The German government, led by Helmut Kohl, had just decided that Germany would be reunified and the process to remove sections of the Wall had begun. Most of the facade had been chipped away by that time, however; in fact anyone who had a hammer and chisel was out chipping off pieces … 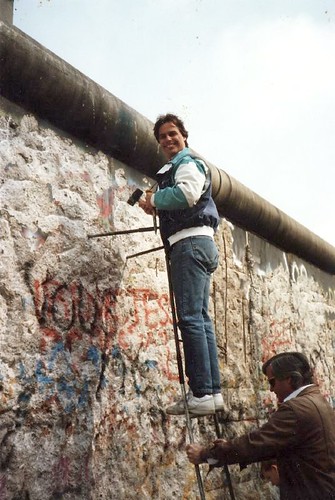 Some people were selling them … 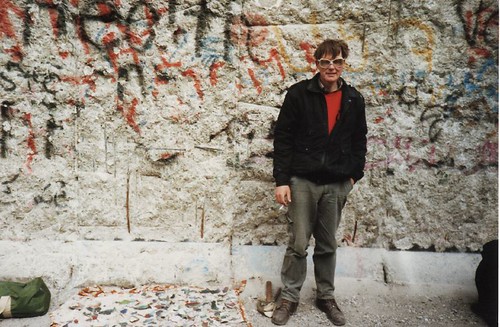 And others still were spray painting sections to sell, since the most coveted pieces were those with graffiti on them. 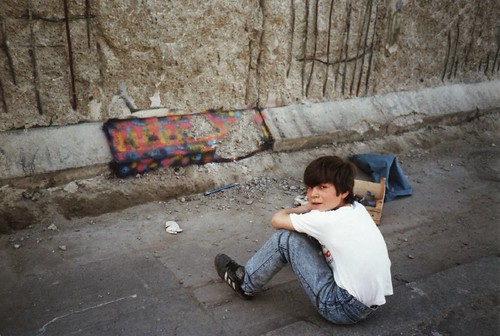 The two sides were still two different countries, with two separate economies. However, you could now easily pass through, a visa was no longer required and you just needed to present your ID at one of the checkpoints. Once over in the East you weren’t supposed to change your West German marks on the black market, but everyone did because you received double what the banks would give you. I went through Checkpoint Charlie and just beyond it there were people waiting to buy West German marks. I changed 10 marks [probably around USD 7 at the time] and received 40 East German marks. You weren’t supposed to take them out of East Germany, so I walked around for an entire day trying my very best to spend them. I had a three-course lunch in an expensive East German restaurant, too expensive for the general populace; that cost me 18 marks. I wandered into a department store, but there was absolutely nothing I wanted to buy. Eventually I went to a café for coffee and cake [halfheartedly: I was still full]; that cost me a grand total of 7 marks. I still had 15 marks left over that I just could not spend. By the end of the day I still had a couple of bills and a few aluminium coins still in my pocket. 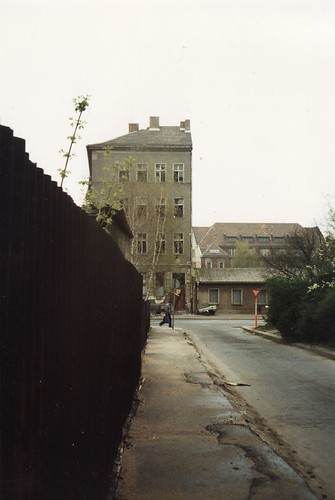 Everything was hopelessly run down. The buildings, the streets. I spent most of my time in East Berlin exploring the area around Alexanderplatz, which by happy coincidence is where our hotel was located this time around. Needless to say, the square has changed vastly in the 18 years since I’d been there last, although it was fairly well maintained even back then. It was the residential areas that resembled some of the worst slums I’d seen in the West… 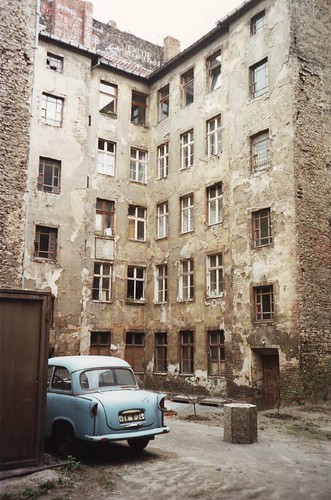 That’s precisely what I thought this place was, for example, until I looked up and saw the flowerpots in the windows and realized that this was just a normal apartment building. 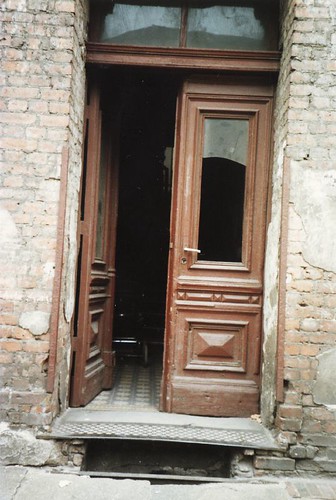 … This was just a normal doorway 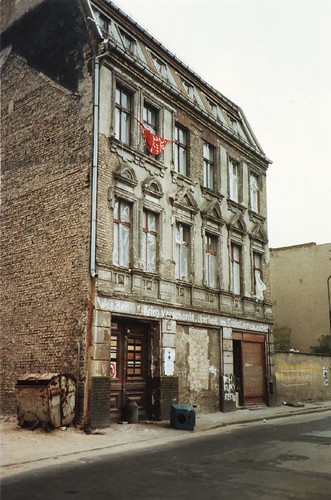 … And this lovely but decrepit old building had graffiti scrawled across it: Was der Krieg verschonte, ueberlebt in Sozialismus nicht – “What the war spared, will not survive socialism.”

Back then, everyone was still high on reunification and the future seemed full of promise. It lasted about a year and a half before both sides began to feel disgruntled. After all, these had been two nations for a long time and, despite their kinship, had two very very different mentalities. Today, I’m told, the wall still exists in people’s minds. Many West Berliners will not live in the East, and vice-versa. Many don’t even like to cross the line of bricks in the road that delineates where the wall once stood.

I haven’t quite finished with Berlin; expect more in the next post.

WEATHER HERE IN REYKJAVÍK
It was cold in Berlin, just a couple of degrees warmer than here, but a very different type of cold, somehow more intense. Of course we did not have the dreadful Icelandic wind, which was full out today. It’s been a gray couple of days since we’ve been back, the sun has not appeared once and today we had flurries on and off all day. Right now it is … [ooops, guess I was a wee bit distracted when I posted last night … let’s say … um 1°C. Sunrise/sunset … um … I dunno. This post is about Berlin, anyway.]